You are here: Home › The Druid & Ancient Sun Calendar

“The Druid” proudly stands in the car park at Molly Gallivan’s.

The Druid looks across the valley to the highest peak “Barra-Bui”, where a Cairn on the summit marks the resting- place of an ancient Chieftain.

This imposing figure represents the first settlers in the Sheen Valley more than 6000 years ago. These people had a great devotion to their Gods and their dead. They had an advanced knowledge of astronomy which is evident from the vast legacy of burial and ritual sites that they have left us.

One such site is a Neolithic Stone Row (3-2000 BC) which you can visit on Molly’s farm. Consisting of two large flag stones that are arranged to align with the sunrise position on the Summer Solstice (21st June). 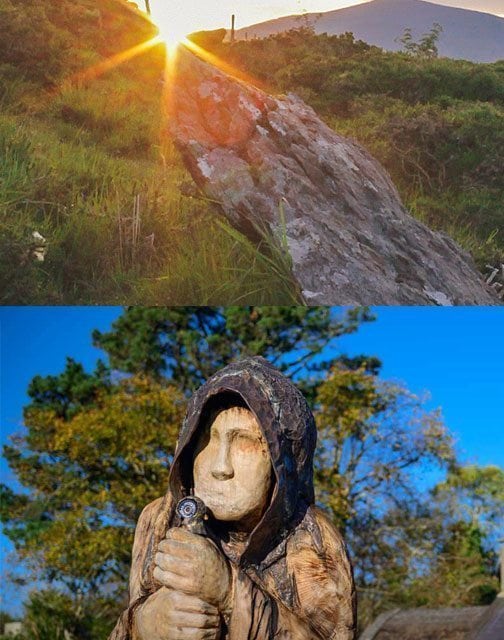 Molly Gallivans is now open for the season! Dismiss